Both farmhouses are surrounded by two acres of land that overlook the Eastern Cyclades, such as Andros, Tinos, Mykonos & Kythnos. The eastern orientation allows you to enjoy many hours of sunshine and the moon rise during the night as the starry sky is all yours to dream on.

The old threshing floor is in the highest spot of the plot overseeing the closer inner island mountain ranges. A rainfed vegetable garden is cultivated so that when growth is achieved traditional varieties of Greek fruits and vegetables can be tasted, occasionally by obtrusive 4 legged trespassers. The olive trees, maple, almond and wild pear trees,  a wild fig tree, a lemon verbena, greek herbs (oregano, thyme, marjoram), shrubbery and thistle are your silent green neighbours in need of human alliance:

The area is often visited by wily goats, gluttonous sheep and jumpy rabbits. Luckily for them we are pro-wool and the occasional sheep bell rings nicely to our ears.

Depending on the season various birds fly upon us: falcons, bee-eaters, goldfinches, woodpeckers, robins and if you are lucky enough 2 pairs of eagles. All in all, what you see and hear is entirely welcomed, not much can be done other than birdwatching if things get edgy…It is their territory and a good chance to make feathery friends. 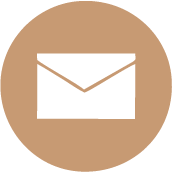